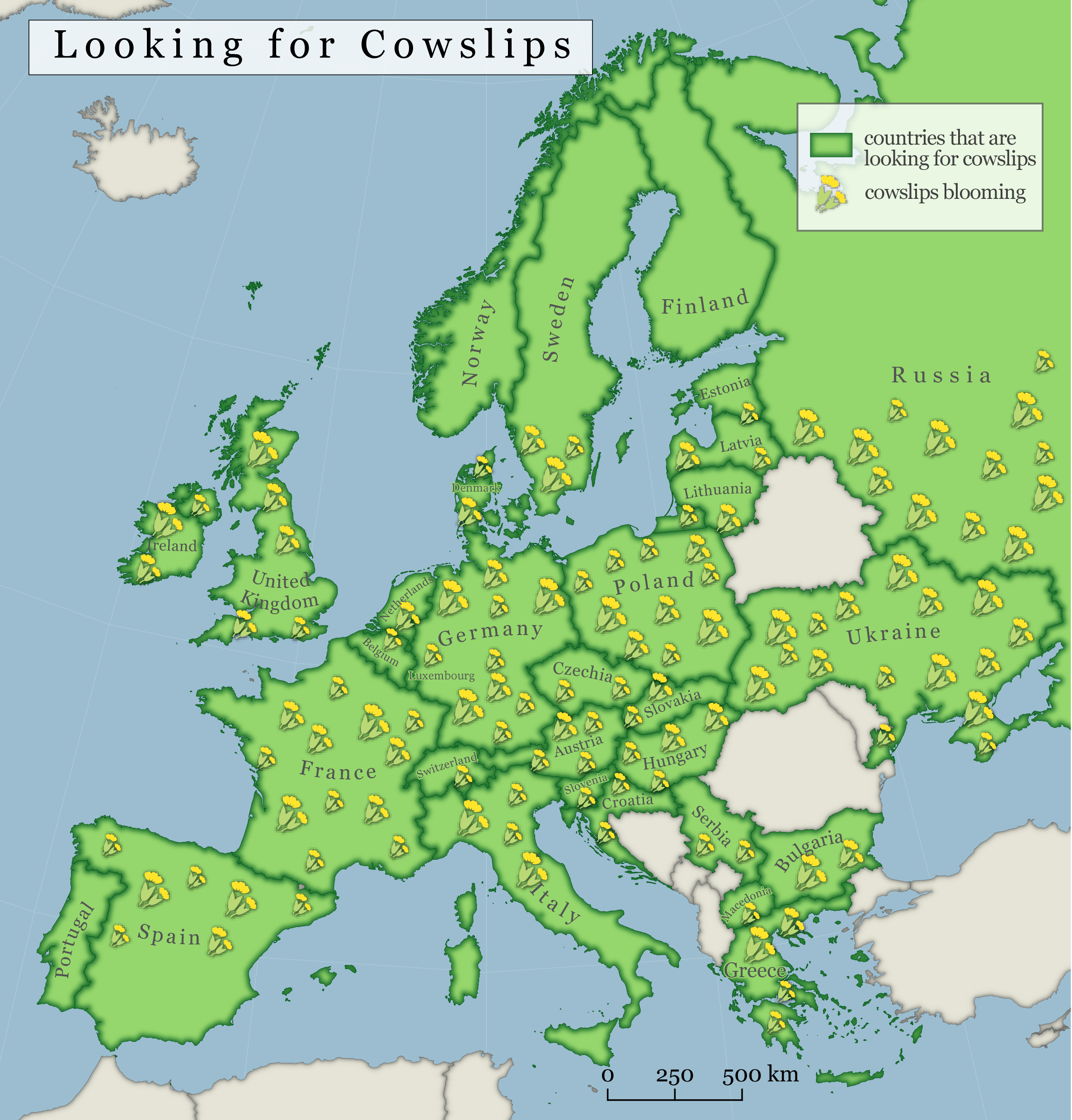 Citizen science initiative “Looking for Cowslips” has started successfully. This spring everybody can take part in the largest cowslip observation in Europe and contribute to science. The aim of the campaign is to collect as much data as possible about a specific spring flower cowslip (Primula veris). For easy data entry people can use the campaign webpage www.cowslip.science available in most European languages. People in Southern, Central, and Western Europe have observed more than 120,000 cowslips and the number is increasing daily.

The observation is easy: go into the wild, find a specific yellow spring flower – the cowslip (Primula veris) – look inside the flower and send the findings and some photos to the researchers via webpage www.cowslip.science.

Despite a very challenging time for people in many countries, spring has come and with warmer weather flowers such as cowslips are blooming throughout Europe. “This is the best time to spend in the wild, and adding some new activities to nature walks is just wonderful. Moreover, making cowslip observations helps people to get more knowledge about their surroundings and provide vital information for scientists – it is a win-win situation,” said Dr Tsipe Aavik, the lead researcher of the cowslip project. People across Europe have been very interested in this science campaign. “Most observations so far have been from the UK, Czechia, France and Latvia. The peak of the cowslip bloom time is a bit longer because of the colder weather lately and everybody still has a chance to take part in this great nature initiative,“ added Dr Aavik.

Cowslips are typically found on grasslands, on the edges of forests, by the roadside, in coastal areas and mountains. The campaign is keen on findings about wild cowslip populations as this provides critical information about landscape change with higher human population density. “We are particularly interested in ‘natural’ or ‘wild’ populations. This helps us assess the well-being of cowslips and other grassland species in traditional meadows, which have been lost at worrisome pace. However, we have been observing ‘semi-wild’ cowslip populations in urban areas, e.g. road verges and small meadow patches, including ‘semi-wild’ backyards, which are refuges and modern substitutes for these once widespread grasslands,” added Dr Aavik